From the Oval Office to the Corner Office: A Growing Disdain for the Press

President Trump’s hostility toward the news media is not his alone.  Sadly, it reflects a growing tendency among business executives who likewise regard any media inquiry with skepticism at best and cynicism at worst.

Employees assigned to manage media relations often start from a 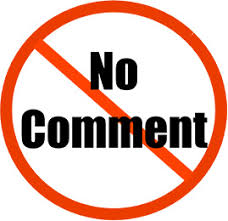 position of defense, rather than recognize an opportunity for informed coverage or to build a relationship with a member of the press. Instead, reporters are asked to submit their questions in writing and are given carefully crafted statements in response or are simply told, “No comment.”

With no opportunity for real engagement reporters are left to find other sources. The downside being that others are given the opportunity to speak about, rather than for, the company, or the journalist will simply move on from the story altogether. That may have been an opportunity lost. But, executives are so risk-averse that any chance of a story going south leads to no story at all and engagement with the media is entirely avoided.

We seem to have forgotten the purpose of a free and fair press. The Charles Koch Institute, yes, that Koch, suggests this: If the cornerstone of a free and just society is an open marketplace of ideas — where competition of thought and debate are requisite tools to find the truth— then a media free to investigate and educate on the shortcomings of its government becomes essential to society’s functioning.

And, to this, I might add, …on the shortcomings of business and industry.

After all, would we in the Cape Fear Region prefer to remain uninformed about the quality of our drinking water?  Or, do we owe certain gratitude to Adam Wagner and the Star News for wading in?  Did the reporters who tirelessly pursued the exploits of Harvey Weinstein provide a service to women worldwide?  Or, are they too an enemy of the people?

I was recently chastised by a client regarding questions asked during an interview. She felt they were inappropriate, though the reporter rightly exposed a legitimate concern of the public’s.  She believed my job was to build and polish a pedestal for her company, with no room for objective consideration of the business’s impact on the community. She wanted flattery, not facts.  But the role of PR is to assure clients are ready to be held accountable for their deeds, confident in their community engagement or impact, and able to provide media with adequate and accurate insights and access.

Indeed, companies should look to develop relationships with the press, recognizing that earned media is every bit if not more valuable in brand development and corporate identity than owned media. Engaging with the press demonstrates an ability to stand up to scrutiny, rather than cower in a corner.  It conveys confidence and trustworthiness. And it shows a respect for the role a free press plays in in our democratic society.